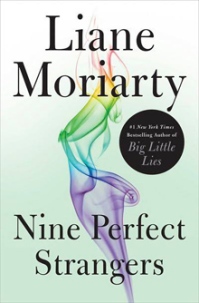 I’ve now read three Liane Moriarty books and enjoyed them all, including this latest novel which is probably the funniest so far, and a perfect summer read to take to the beach. Most of the times I take a book or magazine with me to the beach I actually don’t end up reading it, but I was glued to this one.

END_OF_DOCUMENT_TOKEN_TO_BE_REPLACED

I appreciated this new take on Louisa May Alcott’s beloved semi-autobiographical novel more than I loved it, which is not to say that there weren’t things I unabashedly loved.

If you haven’t read the book or seen any previous adaptations, some spoilers to follow.

END_OF_DOCUMENT_TOKEN_TO_BE_REPLACED

Picking this Poirot novel as my next Christie re-read was a purely strategic choice. Since I’ve committed to a full Christie marathon, it meant revisiting occasional stinkers as well as masterpieces; not everything Dame Agatha touched turned to gold. If I didn’t want to end up with a bunch of duds to read through gritted teeth, I’d better start sprinkling them in along the way. I remember being underwhelmed with a few Christie novels, but I’d be surprised if I come across a worse book than The Big Four. It’s a relief to get this travesty out of the way.

END_OF_DOCUMENT_TOKEN_TO_BE_REPLACED

I thought I’d give this onscreen adaptation of Bret Easton Ellis’ controversial novel a rewatch after many years. It’s not a perfect movie, but I was surprised at how savagely funny this satire of the 80s consumerism and yuppie phenomenon really is, something that had completely gone over my head when I first watched it.

END_OF_DOCUMENT_TOKEN_TO_BE_REPLACED

Gorgeous introspective music for the soul from a new favourite and the old one.

END_OF_DOCUMENT_TOKEN_TO_BE_REPLACED

I’ve heard a lot of good things about N. K. Jemisin and I was impressed with this imaginative science fantasy novel, the first in her Broken Earth trilogy, even if I felt that it succeeds on a world-building level far better than characterisation.

The story takes place in a land called the Stillness, a bitterly ironic name for the world that’s plagued by constant seismic activity, and regularly experiences near-extinction apocalypses that are referred to by its inhabitants as the Fifth Seasons. Any settlement (or comm as they’re referred to in the book) can be certain that, sooner or later, it will be destroyed by earthquake, tsunami, volcanic activity or extreme climate change. In people’s imagination, Father Earth hates their very existence and does everything to wipe them off its face for good, but so far the human race has managed to pull through every cataclysm, even when the entire individual civilisations perish.

END_OF_DOCUMENT_TOKEN_TO_BE_REPLACED

This divorce drama from writer/director Noah Baumbach, something of a modern take on Kramer vs. Kramer, may not re-invent the wheel but offers an honest, heartfelt, sad and funny look at a failed relationship and its painful aftermath. Moral of the story: if you want an amicable divorce, stay the hell away from the lawyers.