Before Terfin, I thought I might as well visit the always-amusing Star Trek: The Next Generation lookalikes at the Serpent’s Hold, who are in the game simply for LOLs since you could skip that island altogether. They did a good job matching everyone from the show to Britannia-relevant occupations, though I’m not sure why they thought that Riker would be likely to join the Fellowship. Jordan/Geordi at Iolo’s South didn’t take well to me calling myself Avatar, and had no idea he was speaking to his own boss Iolo. I guess that’s what you get for becoming detached from your business empire and leaving job interviews to underlings.

My favourite double is Sir Denton/Data, the bartender at the Hallowed Dock, who doesn’t quite have a handle on humour and tries to tell the hoary chicken joke. I solved the case of the defaced LB statue, and predictably the guilty person was one of the few characters who wasn’t a reference to anyone from Star Trek. Favouritism much? Initially I wasn’t bothered with robbing the magical armoury since I didn’t really fancy anything there, but then I found out that the locked chest in the southern cave that I got so excited about before had… a key to the armoury. Anticlimactic, but since I had the key I might as well rob it.

Terfin is a rather melancholy place and gargoyles are clearly not thrilled at having been consigned to it, or the poor state of the human/gargoyle relations. I talked to Lord Draxinusom, who mentioned that he had sold the Ethereal Ring to the Sultan of Spektran during the relocation, and asked me to give sad news to Teregus, the parent gargoyle of Inamo. I investigated the tensions between the Fellowship and the followers of the altars, and uncovered the evil gunpowder plot. The cave in the northern part of the island contained a few powder kegs and wingless gargoyles, who wouldn’t talk to you but who the party attacks automatically if you press C… so I guess they must all be bad, the plot conspirators perhaps?

Incidentally, I discovered I couldn’t sleep on a gargoyle futon, even though there doesn’t appear to be any logical reason for it. I concluded my tour of the Fellowship meetings, until Spark started whining again.

The gargoyle trainer in Terfin is my favourite in the game, since he specialises in both combat and magical training, but the missing space in the training text always irked me.

Population: a pack of wolves, one lunatic and an imaginary harem of eleven women. Sultan is a fun nutty character to talk to and he’s totally cool with you trying to enter his treasure vault. Unbeknownst to him, I had a glass sword to take care of his creature. Where’s your badass stone harpy now Mr Sultan? Other than the Ethereal Ring, the vault is pretty slim pickings, no magic armour or goodies, just some paltry magic rings I never really had use for.

On the way to the Dagger Isle, I landed on the small island south of Moonglow, where I found a crashed ship and a bunch of pirates with an unlimited supply of throwing daggers. In Moonglow, Penumbra kindly enchanted the Ethereal Ring, and I unwittingly participated in a murder when, on request from the Fellowship leader Rankin, I gave his grumpy clerk a vial which turned out to be lethal.

All in all Dungeon Deceit was pretty easy. I met the warrior half-sisters Eiko and Amanda, who look just like regular townswomen even though the dialogue mentions them dressed in armour. The cyclops they’re hunting in their quest to avenge their father seems like a decent sort who in fact had acted in self-defense, and is pretty philosophical about the whole revenge thing. There doesn’t seem to be an option of dissuading sisters from their quest, so I guess it all ended sadly one way or another. On a more upbeat note, I found yet another piece of magic armour in another part of the dungeon.

Glass sword made dispatching the red demon with the unpleasantly protruding spine inside the tetrahedron very easy indeed.

After Nicodemus, now sane and cured of giggles, enchanted my hourglass, I teleported back to Despise and went inside the sphere. I never bothered to solve the exact order of the moongates one must follow in order to reach the small sphere, picking gates at random works pretty well. 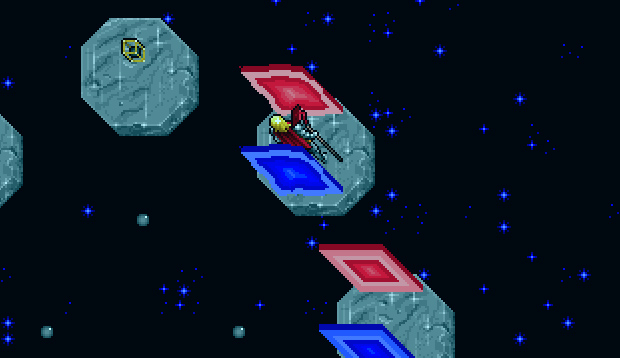 After the sphere goes kaboom, Time Lord informs you that the Orb of the Moons and all Moongates are now defunct, and you have no chance of returning home via the Red Moongate. Call me cynical, but I can’t help but wonder if he deliberately withheld this information until the sphere generator was destroyed and Avatar effectively had no choice. Then Time Lord says that my only hope of leaving Britannia is through The Black Gate… but then he states that I must find a mean of destroying it… so am I using it to leave or am I blowing it up? Make up your mind you tricksy Time Lord! Actually, one thing I always wondered is, why, at the very end, Avatar couldn’t just go, hey Iolo, here’s Rudyom’s Wand, could you aim it at the Black Gate after I’ve gone through it. See ya!

But I’m jumping ahead. Now that the quest is getting close to an end, I decided it’s time to play the Forge of Virtue.