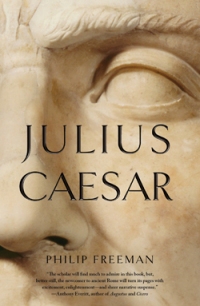 I love me a good historical biography and I really enjoyed this account of one of the greatest figures in history. As with any serious historical non-fiction, you can’t just skim over it casually and it requires your full concentration, but it was so absorbing I finished it in a space of three days, abandoning the usual distractions of TV and internet. It also helped that it was written in a very straightforward, accessible language.

END_OF_DOCUMENT_TOKEN_TO_BE_REPLACED

If I could invite any five famous people to a dinner party, Oscar Wilde would be one of them for sure.

This moody sci-fi mind-bender was a pleasure to revisit. Released a year before The Matrix, it explored some similar themes in its own unique way, and has aged really well. The special effects look a tad cheap and dated here and there, but because the story is set in a world that never sees the sun, the dimly lit environment does well to hide the imperfections. Visually, the film is a marvel, with many memorable images, fantastic noirish atmosphere and superb set design.

END_OF_DOCUMENT_TOKEN_TO_BE_REPLACED

I was once involved with Scientology for a brief period in my early 20s. I knew absolutely nothing about it at the time, and ended up joining by chance: I got handed a flyer on the street about a free personality test, and decided to take it on a whim. My teens and early 20s weren’t always the happiest of times; I suffered from major social anxiety and inability to relate to my peers, which wasn’t helped by my family moving to Australia when I was 15. So I guess I was drawn by the promise that these people could help me out. I haven’t stuck there for long though. It’s not that I felt like something was off, the people were nice and genuine and the auditing exercises I did were often cathartic, but I’m just not a joiner at heart. There’s always a sceptical, detached part of me that stands apart with crossed arms and won’t melt and flow, and thinks that the promotional video I’ve just seen is really quite cheesy. My attitude was, ok I’ve had powerful experiences at your organisation which taught me valuable things about myself, but now, goodbye. No, really, bye. Which of course hasn’t stopped the Melbourne Scientology centre from bombarding my mailbox with spam for the next 15 years.

END_OF_DOCUMENT_TOKEN_TO_BE_REPLACED

I read a few novels by Marian Keyes (a.k.a. the Irish Queen of Chick Lit), but while I enjoyed them all to various degrees most of them fall into the “read once and forget” basket. This book had stuck with me though, I’ve just re-read it for the second time in two years and loved it as much as when I first read it. At nearly 900 pages (set at a pretty large font mind you), it’s a breeze and pleasure to read.

END_OF_DOCUMENT_TOKEN_TO_BE_REPLACED

I love Icelandic language – even the name of this movie, which is just wooly things that go baaaa, sounds epic in Icelandic: Hrutar!

This was another film screening at the Palace Cinemas as part of the Scandinavian Film Festival, and one I wanted to see the most, because of its setting and also because it won a prize at Cannes (mind you, so did Dancer in the Dark and I wanted to strangle that movie).

END_OF_DOCUMENT_TOKEN_TO_BE_REPLACED

Scandinavian Film Festival is on at the Palace Cinemas, so friend and I went to see this Norwegian feature. I’m a sucker for the scenery, and I have a basic love for the “characters go out into the wilderness to find themselves” subgenre.

END_OF_DOCUMENT_TOKEN_TO_BE_REPLACED

I haven’t watched the original Jurassic Park in ages, but like millions of people around the world I have very fond memories of it. My particular memories are of re-watching that movie endlessly with my younger siblings during our stay in Moscow just before we emigrated to Australia (along with The Lion King, dubbed hideously into Russian by some hack with little grasp of English who made it up as the movie went along). No matter how many times we watched it, the dinosaurs just never got old. I remember enjoying The Lost World when I first watched it at the cinema, but I can’t remember a thing from it other than the scene with the raptors in the field, and I haven’t even bothered with the third movie. The latest Jurassic World was a mixed bag; on one hand it was fun and definitely didn’t feel like a cynical cash-grab I’ve been half-expecting, but it also had major problems which ultimately made it feel rather throwaway.

END_OF_DOCUMENT_TOKEN_TO_BE_REPLACED

Went to the Melbourne Cat Cafe yesterday with my sister. Cat cafes are apparently very popular in Japan, but so far I think it’s the only one of its kind here in Melbourne.

END_OF_DOCUMENT_TOKEN_TO_BE_REPLACED

I’m only 35 and with luck I’m only halfway or less into my lifespan, but the way time just flies by is sure unnerving sometimes.