This action comedy from Simon Pegg and director Edgar Wright is a little too long (seriously, which comedy from the last few years isn’t overlong?), but the enormously entertaining finale and the winning buddy chemistry between Pegg and Nick Frost more than make up for its flaws.

END_OF_DOCUMENT_TOKEN_TO_BE_REPLACED 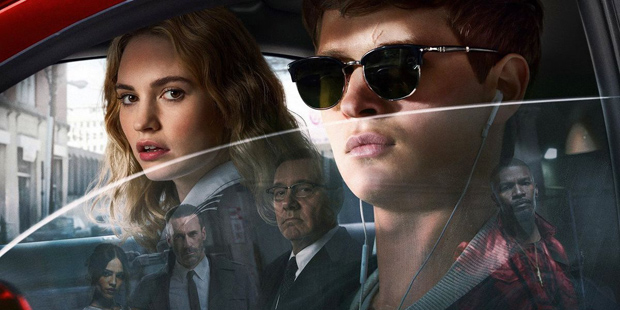 I had a couple of biases to overcome in order to watch this movie. Firstly, the unattractive title that makes you think of some dumb third-rate summer comedy (a baby gets behind the wheel and hilarity ensues!). And then there was its lead actor, Ansel Elgort, whose punchable turn in the otherwise decent The Fault in Our Stars irritated the crap out of me. Well, I judged prematurely, because he’s more than fine in Baby Driver, and the movie itself is a rarity these days, a truly idiosyncratic thriller that doesn’t feel like a product of a committee.