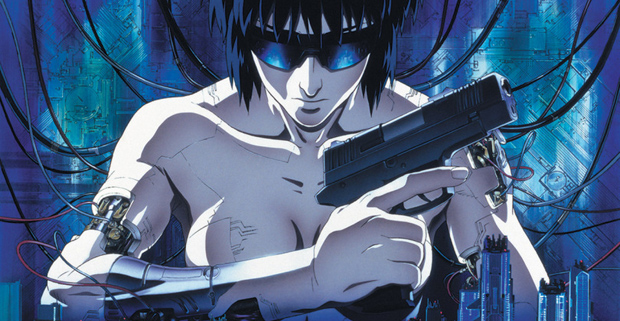 I’m not the biggest anime fan in the world, but if you have any appreciation for science fiction, visual artistry and films that create a unique atmosphere, it’s impossible not to be impressed by this 1995 cyber-tech thriller.

In the year 2029 (which in 2018 feels pretty close by), advanced technology makes it possible for the human body to be augmented, or even completely replaced, with cybernetic parts. Our main protagonist, Major Motoko Kusanagi, is a full-on cyborg who works for Section 9, a team of government agents concerned with national security. The story follows the Major as she and her colleagues track down the mysterious Puppet Master, a super-hacker who is capable of hacking into the “ghosts”, or consciousness, of the individuals with the cybernetically enhanced brains. Meanwhile, Kusanagi questions whether there’s any humanity left in her own “ghost”, with her fully synthetic body and memories that could have been just as easily artificially made to fool her into thinking she was once human.

I was a bit groggy with tiredness and had some trouble following the plot, especially since the movie plunges you into its futuristic world and fast-paced story head-on with minimal exposition. Usually I can rely on the subtitles to make things easier, but it soon became clear that whoever was responsible for the subtitles here did a distractingly atrocious job, with the text only distantly related to the spoken dialogue. I also wasn’t impressed with the dubbing efforts for this English-speaking version, particularly the voice choice for the Major. With her severe androgynous features and propensity for brooding, Kusanagi is a rather haunting and haunted character, and there’s a nagging sense of disconnect when her deep monologue on memory and identity is delivered with chipper American inflections.

These however were my only issues, as the film is a marvellous blend of striking visuals, great action scenes, inventive storytelling and intriguing themes. It probably feels less revolutionary now than back in 1995, but it didn’t feel diminished by time and familiarity. Like Ridley Scott’s Blade Runner, it boasts a vividly realised future metropolis that almost feels like another character, and is infused with a keen sense of melancholy. Humans might be able to turn themselves into faster, stronger, more enhanced versions, but what do we lose in the process? There’s one particular moment when the plot pauses to make way for a dream-like montage of city scenes, accompanied by an eerie children’s choir, which has to be one of the most memorable animated sequences I’ve ever seen. I bet this slow contemplative sequence never made it into the recent Hollywood remake.