A solid, low-key Cold War drama thriller from Steven Spielberg. “Solid” might not sound like much of a compliment, but sometimes it’s just satisfying to watch a well-made film that might not be edgy or exceptional and just about avoids the worthy and dull basket, but which also brims with confidence and expertise in cinematic craft. It achieves a difficult balance of dramatising a true story where, on one hand, too much of real life would probably make it boring and on the other, it still has to retain some realism in order to not lapse completely into fake movie-land.

END_OF_DOCUMENT_TOKEN_TO_BE_REPLACED

or: How I Learned to Stop Worrying and Love the Bomb 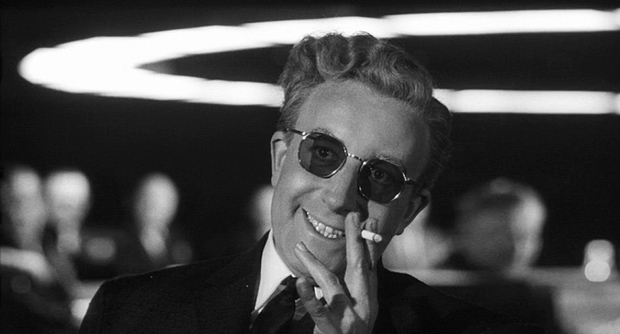 Finally got to watch the classic Stanley Kubrick political satire/black comedy about that most hilarious subject, the global nuclear holocaust.