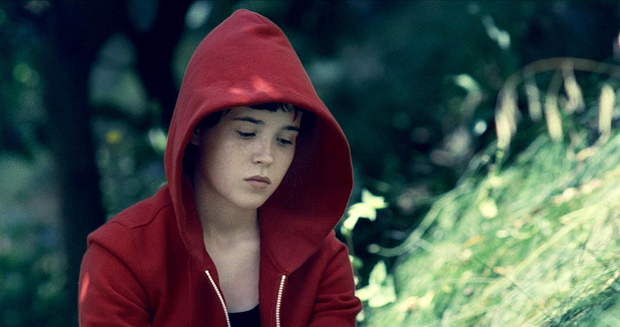 A tense and disturbing thriller that’s often uncomfortable to watch, but very well-made with two exceptional lead performances. You could regard it as a take on the Red Riding Hood and the Big Bad Wolf, if the Red Riding Hood was more like Arya Stark.

Coincidentally, the film’s heroine played by Ellen Page is called Hayley Stark, a 14-year-old teenage girl who, at the start, seems to be an unwitting victim of Jeff (Patrick Wilson), a 32-year-old photographer who chats her up on the internet. They meet in a cafe, exchange some teasing banter, then end up going to his apartment, where the walls are decorated with photographs of underage models.

So far, so creepy. Diminutive and with delicate features of a porcelain doll, Hayley doesn’t look like she could threaten anyone, but after Jeff accepts a spiked drink and emerges from his drugged sleep tied to the chair, he realises that just as he had plans for Hayley, she had plans for him. She finds his stash of porno and accuses him of being complicit in a disappearance and possible death of a teenage girl. She’s not simply content to expose him as a pedophile to the police (Didn’t Roman Polanski just win an Oscar? Hayley remarks at one point), she wants to take “preventative measures” involving an ice-pack and scalpel. I suspect that on the scale of ouch for the male audience, it’s up there with the torture scene in Casino Royale.

Hard Candy is basically a two-hander as we follow the psychological cat-and-mouse game between the characters, set within the confines of one apartment for most of the running time. Though Jeff’s guilt is undeniable and he is, at the very least, a disgusting voyeur and creep, the film does manage to play with your sympathies and question Hayley’s brand of vigilante justice. She is scarily calm and methodical as she sets about her task, and she cheerfully explains to Jeff that four out of five doctors found her insane. Her character is kept an enigma and it’s ultimately left up to the viewer to decide whether Hayley is a righteous avenger, or whether she might be enjoying the situation with Jeff a bit too much.

The two actors do a remarkable job in the roles that demand some emotional extremes, with neither character falling into a flat caricature. They’re both interesting performers I wish I saw on the big screen more (Patrick Wilson in particular has a strange quality of being both sympathetic and somehow “off”, which serves this role very well). A clear effort was put into making a film with such a limited scope look visually interesting; it succeeds with its striking, rich palette of primary colours, and not so much with the annoying, chaotic fast-cut action moments. It also gets maybe a tad too overwrought in the very end, but still, the film’s commitment to its vision is rather admirable.