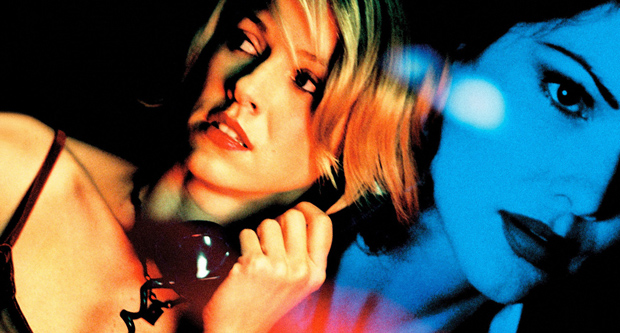 Red curtains and eerie Angelo Badalamenti score? Must be a David Lynch movie! Despite being a massive Twin Peaks fan, I’m not all that familiar with his filmography, so I decided to watch this movie which was also a big breakthrough for Our Own Naomi Watts. I was prepared for off-kilter weirdness, but it’s safe to say the movie exceeded my expectations on that front and messed with my head like few films ever had since… well Twin Peaks probably. There’s something about the Lynch brand of horror – the distortion of the mundane, the vivid unsettling imagery – that really gets under my skin.

The movie starts off as a conventional thriller – a young beautiful woman with dark femme fatale looks (Laura Harring) survives a car crash at Mulholland Drive in Los Angeles and suffers a complete memory loss. She wanders around in a daze before taking refuge in a random apartment, where she is found by Betty (Naomi Watts), a sweet and impossibly wholesome Midwestern girl fresh off the plane who’s come to LA to seek fortune as an actress. Betty takes pity on the stranger, who calls herself Rita after a Rita Hayworth movie poster she sees in the apartment, and they try to piece the mystery of Rita’s identity together. Meanwhile, other characters with no obvious connections are introduced: a hotshot Hollywood director (Justin Theroux, looking like a younger prettier version of JJ Abrams) is pressured to cast a certain starlet in his movie or else; a hitman bungles an assignment by piling up more corpses than necessary; two men find something terrifying behind a diner.

Without spoiling anything, there comes a point where everything, and I mean everything, is turned on its head and rearranged like pieces of a jigsaw puzzle – not in the way of, say, Memento where you can hope to piece everything together if you watch the film again and pay attention. I could make a broad guess as to what really happened in Mulholland Drive, but in the end the movie operates on a non-logic of dreams and nightmares, with details and scenes which are probably not meant to be explained at all. What it all amounts to is an utterly unique experience from a filmmaker with his own distinct and twisted vision. While not strictly speaking a horror movie, it has a perfectly executed reveal scare that frightened the living daylights out of me, while my personal most unsettling moment is in its own way even more disturbing. While at the airport, Betty says farewell to an adorable old couple we assume she made friends with during the flight. They wish her all the luck in the world and it’s all very heart-warming. A minute later, the movie cuts to the couple sitting at the back of a taxi, with the frozen smiles on their faces that look more like horrible leers. This sudden subversion is random, unexplained and utterly creepy.

Naomi Watts’ career really took off with this movie and she’s brilliant here, playing what is initially almost a parody of a perky, plucky, bright-eyed wannabe actress. Harring on the other hand is, knowingly, the stereotypical sultry mystery woman. They’re both familiar types, for the movie to toy with. For viewers who like their movies to make sense and who get annoyed by unexplained details and subplots that go nowhere, Mulholland Drive would be a frustrating experience. If however you surrender to its weirdness and just go with the flow, it’s a trip.