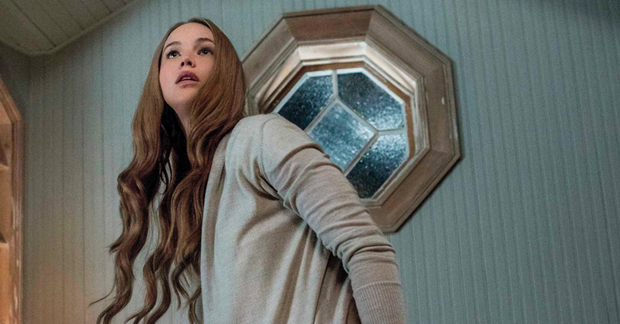 By far, the weirdest thing about this film written and directed by Darren Aronofsky is the notion that someone actually believed it could be turned into a mainstream hit a la Aronofsky’s Black Swan. What put me off watching it in the cinema however wasn’t the polarized reaction and stories of the audience members demanding refunds, but the mention of the dreaded hand-held camera in one of the reviews. I made the right call to avoid nausea at the cinema, but the big screen and darkened isolation from the outside world would undoubtedly have been a better place to fully appreciate the movie’s unique claustrophobic insanity. As opposed to my living room with my Russian neighbours talking in the background.

There’s no point talking about mother! without mentioning what it’s really about, so spoilers ahead.