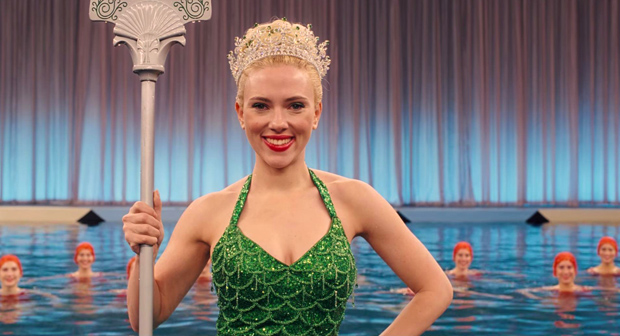 I only watched this movie on a recommendation, because the trailer frankly looked lame and not an enticing prospect at all. In the end I was very happy that I did, because the film was absolutely delightful. The Coen brothers can be hit-and-miss for me – their films are almost always worth watching but they’re as likely to stick with me as they are to leave me cold. This movie however clicked right away.

The film is essentially a love letter, or an affectionate spoof, of the 50s era Hollywood and the film genres that have since largely gone the way of dodo – westerns and musicals in particular. It made me wonder about the longevity of trends and if, 60 years from now, someone will do a nostalgic tribute to the superhero movies, which rule the cinema at the moment but might eventually look as quaint and antiquated as 1950s Bible epics do to us now. There is a semblance of a plot going on, as the movie follows the 24-something hours in the life of Eddie Mannix (Josh Brolin), a studio fixer who must deal with the various crises that threaten the smooth running of the production line. There’s a mystery of the kidnapped movie star (George Clooney at his goofiest best), an unwelcome pregnancy of an unmarried star that could blow up into a major scandal (Scarlett Johansson), and a high-strung European director (Ralph Fiennes) who can’t cope with an oafish western actor shoehorned into his sophisticated drama for the sake of box-office appeal. On top of that, he must deflect the vicious curiosity of the twin gossip columnists (both played hilariously by Tilda Swinton), and consider a tempting job offer from a “serious” company, whose rep can barely disguise his contempt for the whole frivolous movie business thing.

If it all sounds quite random, it totally is, because the plot is more like an excuse to follow a cast of entertaining, colourful characters and meander through a series of lovingly re-created and gorgeously detailed 1950s movie tributes – which include synchronised swimming and a joyous tap-dancing sailor routine with Channing Tatum (who again shows that he truly comes to life onscreen when in motion). Even though I have no particular fondness for the era, it’s depicted with so much panache and exuberance it’s impossibe not to enjoy. There’s a streak of irreverence running through it all, even during the more earnest moments that celebrate the moving, transformative power of the film. Besides, a movie that pokes fun at communism and has a sequence about lasso made from spaghetti can do no wrong.

While the entire cast is gold, my personal favourite was the turn from a newcomer, Alden Ehrenreich, who steals the show as the western actor Hobie Doyle. He’s got serious charisma and hopefully has a bright future ahead of him.