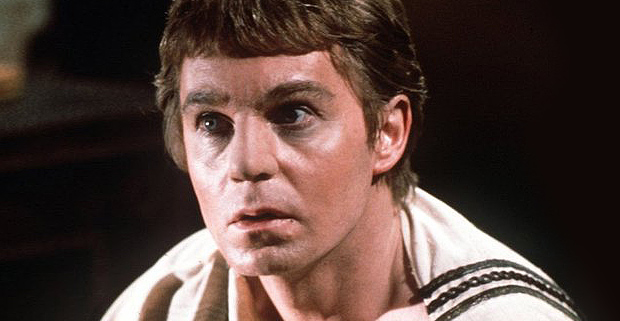 I don’t usually write about TV shows on my blog, but I really wanted to give a shout-out to this classic 1976 BBC mini-series set in ancient Rome, based on the historical fiction novels by Robert Graves (which I of course will have to read now).

Everyone loves an underdog, and the story of Claudius, the fourth Roman emperor, is a gloriously improbable real-life underdog story. He was born into the famous Julio-Claudian dynasty that ruled Rome for nearly hundred years and left their mark with the best and worst of emperors. His physical disabilities – a stutter, a twitch and a limp according to the popular descriptions – made him a giant embarrassment in the eyes of his family, who considered him a useless imbecile. However Claudius was not at all stupid. His perceived uselessness allowed Claudius to survive his imperial family’s murderous scheming and bloody purges, until he found himself ruling the Roman Empire after the death of his infamous nephew Caligula… and did an admirable job of it, proving himself a capable administrator. He may not have been a truly great emperor like Augustus or Trajan, but he was definitely one of the good ones.

In the show, elderly Claudius is writing the history of his dysfunctional family, intending to tell nothing but the truth like any true historian. So in the course of 12 or so hours we’re taken through the rule of the first four Roman emperors – Augustus, Tiberius, Caligula and Claudius himself – a backstage ride through cold-blooded ambition, vicious political intrigues, debauchery, cruelty and incest (where would we be without incest). By today’s standards the show is inevitably tame and its production values can generously be called antiquated. The action is almost exclusively confined to interior sets, the rubbery aging make-up is really obvious, and the many, many stabbings are comically fake, like the awkward “murders” you see onstage in an opera. In fact, for the first couple of minutes of I, Claudius I wondered how long I’d be able to put up with its stagey nature and cheap soap opera look.

These concerns of mine got overruled very quickly by the sheer quality of the story, characters and especially the performances, with a bunch of distinguished British actors giving it all and playing their trained voices like some sort of mesmerising instrument (also, bless their perfect crystal-clear diction as my DVD was without subtitles). The lack of score and visual eye-candy in fact make sure that all emphasis is on the acting. Patrick Stewart in a wig, playing an ambitious member of the elite Praetorian Guard, took some time to wrap my brain around; it also took me a while to get used to Brian Blessed as Augustus, since his take on the character is so diametrically opposite to the icy reptilian young Augustus/Octavian from my beloved Rome TV series it makes your head spin. I guess perhaps you could imagine that Augustus mellowed out into a jovial family man (who nevertheless can still make your life hell if you displease him), after he had purged his enemies and settled into his long stable reign.

I should single out the three most outstanding performances. Derek Jacobi is wonderfully sympathetic and soulful as Claudius, playing the character from early youth to old age. Claudius has a touch of ridiculous about him and is rather passive and foolish in some regards, and yet, as the more perceptive members of his family come to realise, he’s not without intelligence, cannily playing up his ridiculous qualities and staying alive while everyone else around him drops dead. Sian Phillips’ Livia, the wife of Augustus and grandmother of Claudius, is a formidable matriarch whose ruthless scheming dominates much of the first half of the show. With a deadly stare, iron will, killer cheekbones and wicked sense of humour, Livia is both deeply hateful and weirdly admirable. Young John Hurt probably steals the whole show as mad emperor Caligula, a pasty blond nightmare who is at once terrifying, comical and pitiful. Caligula’s unhinged excesses make for the show’s most outrageous moments, including one especially gruesome scene that not even Game of Thrones would have dared to actually show onscreen.

As far as the historical accuracy goes, I, Claudius cheerfully goes for the most scandalous and juicy version of history: Livia kills everyone to get her son Tiberius on the throne, Caligula makes his horse a senator, Claudius’ third wife Messalina gets into a sex endurance contest with Rome’s famous prostitute, and so on. If the show went further into Nero’s reign, he’d probably be seen fiddling while Rome burned. Above all, this show is just a fabulously entertaining mix of highbrow and trashy, with intelligent writing and drunken orgies. It is also of course a very British version of ancient Rome, but then I’ve always found it somehow appropriate that Brits should play ancient Romans.

P.S. While the lack of subtitles was no issue, keeping up with the Julio-Claudian family tree and who’s related to who and how was a bit of a challenge. It of course becomes easier as the show progresses and the family tree gets pruned.