After the Melbourne show rocked my world last week, I was even more excited for my second U2 concert in Adelaide and it was worth every cent spent. Different city, same awesome show from a different perspective.

Travelling interstate for a gig is a bit of extravagance, but it’s been nine long years since the band’s last tour Down Under and who knows what the future will bring now that they’re older? This wasn’t the first time I went to Adelaide for the U2 concert; I also flew in for the Vertigo tour 13 years ago and that was… a memorable experience even apart from the show itself. I was reluctant to spend money on accommodation before my early flight back to Melbourne, so I thought I’d just tough it out at the airport; problem was, Adelaide airport closed down for the night. So instead I whiled away the time at an all-night internet cafe in the city with the help of Red Bull. I’ll never forget sitting outside the empty airport early in the morning, waiting for it to come back to life – I felt like I was inside an eerie Stephen King story where all of humanity disappeared. Now of course I’m too old and fond of comfort to pull something like this.

I was at the stadium gates just before they opened for admission at around 4.30pm, and after the Melbourne show I had a good idea where I wanted to be: by the mini-stage where the first few songs were performed. Not too close to the main big screen, but close enough for a good view of the band. There was a nice chill vibe on the floor before the stage, almost like a summer picnic with people snacking on potato chips and suchlike. For whatever reason, there was more of a mixed crowd around me than in Melbourne, lots of 20-somethings and parents with teenage kids.

I enjoyed Noel Gallagher’s High Flying Birds even more second time around now that I was more familiar with their songs, and the Oasis hits once again got an enthusiastic response. Then, once the lights dimmed and The Waterboys’ The Whole of the Moon finished playing, Larry Mullen Jr. took his place behind the drum kit and kicked off the fiery intro to Sunday Bloody Sunday. I can’t complain about the Melbourne gig in the least, but it was incredibly cool to watch the band walk onstage one by one, mere metres away. By the time the show started, I slowly insinuated myself into the second row behind a not-too-tall lady, so I had a perfect clear view of the mini-stage and the boys. While the Melbourne concert was more about the show and the amazing visuals, this one was more about the band. There’s always something special about the opportunity to watch the musicians, their facial expressions and the band dynamic up close.

Some consider mobile phones at live gigs one of the modern evils distracting the fans from the experience, but while I’m all in favour of being in the moment and not watching the whole show through the camera lens, it’s nice to have concert mementos to remind you of the good time after the memories have faded. 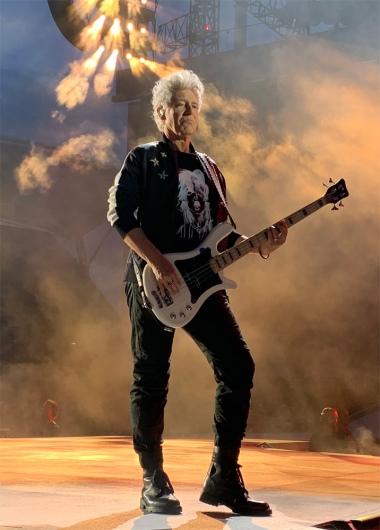 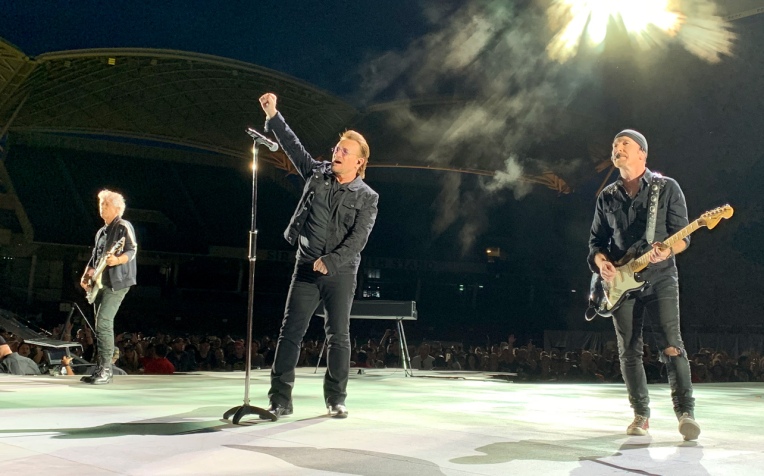 Once again, the band were in top form; you’d never know that they were on the last leg of the tour. Musically, the show was exactly the same as Melbourne, except one song shorter since they didn’t play Bad; I was half-hoping for maybe one or two different songs but oh well, I guess they’re going with the “if it ain’t broke don’t fix it” philosophy. Bono worked in snippets of Hallelujah into Running to Stand Still, which made the already emotional song even more so. The band retreated onto the main stage when The Joshua Tree section kicked in, but being the dynamic frontman that he is Bono still made it over the walkway and back to the mini-stage a few times to strut his stuff. 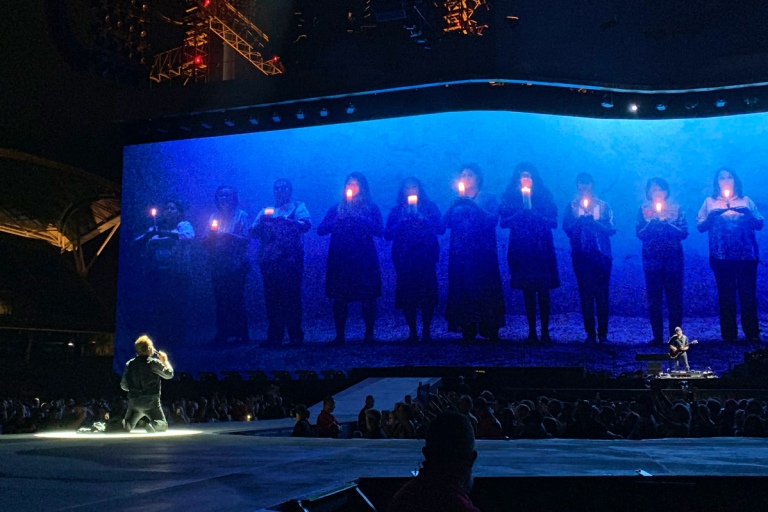 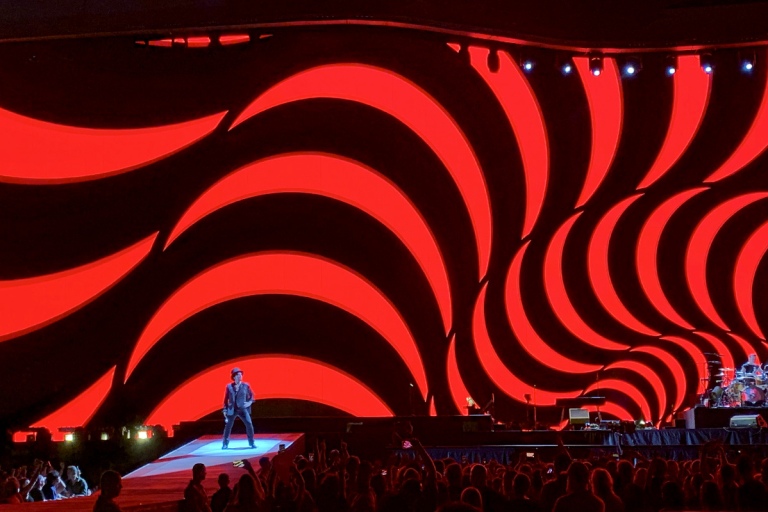 Even though the evening cooled down significantly and the U2 crowd is overall fairly tame, I saw about three or four people carried over the barrier by the security, who probably collapsed from dehydration. That was the only blemish on what otherwise was another awesome musical experience. Fingers crossed it’s not another long wait before the next one!

P.S. Speaking of the heat, the next day in Adelaide was stinking hot 42°C and I thanked the weather gods that the concert wasn’t on Wednesday instead.