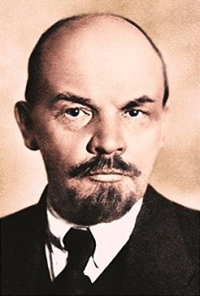 My history education back in Russia fell on the period where, in my primary school during the last years of the Soviet Union, we were fed the rosy idealised stories about “Grandfather Lenin”. There were school excursions to lay the flowers at the city’s Lenin monument, the red star-shaped pins with Lenin’s portrait in the middle that every kid had to wear at school, and so on. Once the USSR was no more, immediately after there came a weird transitional period where they couldn’t quite figure out what version of history to teach; as an example, my history book somehow managed to have one oblique mention of Stalin in the entire post-revolution part. My idea of Lenin therefore was always rather lopsided; I figured that the idealised version wasn’t true but had little to replace it with, especially after moving to Australia. I was then quite interested to read this biography by Hungarian-born, UK-raised Sebestyen; while complete objectivity is non-existent I thought that the book provided a fairly balanced view of Lenin’s undeniably remarkable life.

The prologue opens on Tuesday, 24 October 1917, the eve of the Revolution (not quite the impeccably organised operation it was later portrayed to be), then follows the more conventional structure, starting with Lenin’s family background and childhood, and finishing with his death and the embalmed rest inside the Red Square mausoleum. What made this biography more easily digestible than some heavier biographies I’ve read is its arrangement into relatively short and tightly focused chapters (54 in total), each covering a different aspect of Lenin’s life and the greater social and political events of the time. It’s pretty blunt in regards to Lenin’s darker aspects, among which cynicism and ruthlessness stand out the most, though it’s not out to paint him as a total monster either:

Lenin thought himself an idealist. He was not a monster, a sadist or vicious. In personal relationships he was invariably kind and behaved in the way he was brought up, like an upper-middle-class gentleman. He was not vain. He could laugh – even, occasionally, at himself. He was not cruel: unlike Stalin, Mao Zedong or Hitler he never asked about the details of his victims’ deaths, savouring the moment. To him, in any case, the deaths were theoretical, mere numbers. But during his years of feuding with other revolutionaries, and then maintaining his grip on power, he never showed generosity to a defeated opponent or performed a humanitarian act unless it was politically expedient.

Most people who met Lenin seemed to find him thoroughly unimpressive, but he was an astute leader and good at image-making. One example is Lenin’s appreciation of the fact that a rival socialist political party, Mensheviks, stuck with a name derived from a Russian word for minority, in contrast to Bolsheviks whose name suggested the majority. Hmm which one makes for the smarter brand-building I wonder?

The first chapter, devoted to Lenin’s parents, remarks that the most important relationships in Lenin’s life were with women, while close male friends were very few and inevitably lost to politics. Other than Lenin’s many political allies and enemies, the book covers his personal relationships with his wife Nadya and Inessa Armand, his mistress for many years and the most glamorous of the female revolutionaries, who his wife accepted in an unusually civil menage a trois. There are other details and trivia that flesh him out as a person, such as his deep lifelong love of nature, and strong dislike of most modern art and literature (I was amused to read that Lenin considered Mayakovsky’s poetry garbage, though the latter was at pains to glorify him).

The biography also paints the picture of the broader Russian society at the time, and outlines the causes that ultimately led first to the abolition of monarchy and then to the Bolshevik October Revolution that paved the way for the Soviet Union. They include a weak and incompetent Tsar presiding over a country in desperate need of reforms, yet unwilling to change and maintaining the grip on the autocracy, under the delusion that repression and censorship would preserve the Romanov dynasty. Lenin’s older brother Alexander, whose execution at the age of twenty-one for plotting an attack on the Tsar is cited by the author as the main reason for seventeen-year-old Vladimir Ulyanov’s own immersion in politics, was one of the many radicals eager for change. The author’s view is that Russia’s involvement in World War I was Tsar Nicholas’ most catastrophic decision which in the end cost him his throne and his life (though he’s not entirely without sympathy for the Tsar’s terrible final fate). While the pre-revolutionary period is well-covered, the civil war that erupted soon after the Bolsheviks took power is unfortunately sketched in rather thinly.

Overall, I found this a very accessible and readable account of one of the most important figures of the 20th century. While not as massively detailed as some other biographies I’ve read, it gives enough of the historical background and insight into Lenin as a person.